One of the principal elements of a claim for loss and expense or costs due to the prolongation of the works is a claim for the costs of head office overheads. Such claims are made under two quite distinct bases, either an actual cost approach or a lost opportunity approach.

The lost opportunity approach is made on the premise that because of the delay the contractor’s organization is unable to move on to another project and earn the combined profit and head office overheads of which it is reasonably capable, i.e. the opportunity to earn elsewhere is lost.

The actual cost approach is simply the identification and cost of the head office overheads affected by the delay. The lost opportunity approach is by far the most popular with contractors, for two reasons. Firstly, because the actual costs are so difficult to identify and prove, and secondly, because the lost opportunity approach uses a formula for its calculation. Contractors love to use a formula to calculate head office overhead costs and it is easy to see why. A formula calculation is simple, cheap, quick and produces a reasonable sum of money for very little effort.

There are two formulae commonly used for such calculations, the Hudson’s formula and the Emden formula. Hudson’s formula was first produced by Mr. Duncan Wallace (purportedly upon the advice of a quantity surveyor) and published in Hudson’s Building and Engineering Contracts.

Basically there are three quantity surveying formulas which are used to calculate the head office overhead. 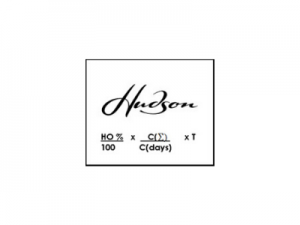 Hudson’s formula is Head Office Contract overhead Percentage 1 x Sum x Period of 100 Contract Delay Period. The Head Office Overhead percentage in the Contract and it has received judicial support in a number of cases.

The formula is criticised by many principally because it adopts the head office overhead percentage from the contract as the factor for calculating the costs, and this may bear little or no relation to the actual head office costs of the contractor. In an attempt to improve upon the Hudson’s formula an alternative was published in Emden’s Building Contracts and Practice.

These two formulae were used for many years until the use of formula, and indeed the opportunity costs approach in general fell out of favour following the (non construction) case of Tate & Lyle

The formula looks complicated, but is not and was recently used (but not named) in the case of this complexity.